I gave up looking for the 2011 Hot Wheels #66 about a week before Christmas at the local stores. I was at the grocery store a few days ago when I decided to take a look at their rack. Not only did I finally found one, I actually found three of them. However, I only picked up one since they were marked $1.29 as opposed to $0.98 at Wal-Mart's. So I am closing out 2010 with a few pictures of the diecast car. 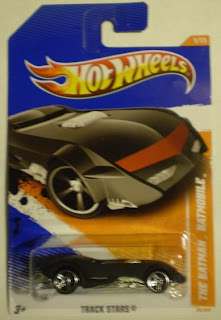 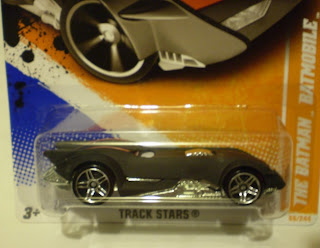 I am not a big fan of the package showing just the front three-fourths of the Batmobile. Also, I would have liked a Batman logo of some sorts. I almost passed it by but thankfully I read the text on the lower right hand side.
Posted by Jamdin at 3:32 PM

I like this one alot! I may have to seek one out for myself!