Check out Supergirl: Maiden of Might for some awesome comic scans.
Posted by Jamdin at 3:07 PM No comments:

Nathan Fallion is Hal Jordan in Green Lantern: Emerald Knights coming to DVD in June 2011 and here's the trailer:

Posted by Jamdin at 3:31 PM No comments:

Women Wednesday: Wonder Woman And Big Barda Vs. The Furies

Embedding has been disabled but you can view the clip of Wonder Woman and Big Barda fighting the Furies from Superman/Batman: Apoclypse here: 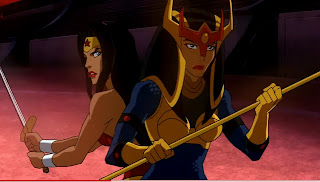 You can purchase the two-disc special edition of the dvd below:

Posted by Jamdin at 1:48 PM No comments:

Milestone co-creator and comic/animation writer, Dwayne McDuffie, died Monday, February 21, 2011 at the age of forty-nine. He wrote for DC Comics (Batman: Legends of the Dark Knight and Justice League of America) and Marvel Comics (Fantastic Four and Damage Control) before co-creating his own publishing company. Mr. McDuffie then crossed over to animated features (All-Star Superman and Justice League: Crisis on Two Earths) and television (Static Shock and Ben 10: Alien Force).

I remember seeing an ad for Kenner's Duke the Super Action Dog in comics in the mid-1970s but never actually found one in the local stores. This particular ad is from The Brave and the Bold #116 (December-January 1974/75): 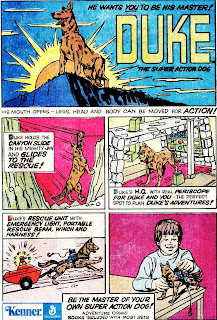 I recently found him on eBay (he may still be on sale) but his harness looks nothing like the ad: 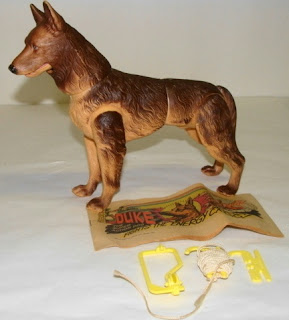 Yeah, I admit that I have no clue which Transformer this guy is but I had to pick him up for fifty cents at a local thrift store yesterday afternoon. His markings reads "2006 Hasbro Takara 2006 CHINA" but my search to name him is coming up empty. I also picked up the Speed Racer's Mach 4 from Hot Wheels since it was also fifty cents.

He looks better in robot form than he does in vehicle form but not by much: 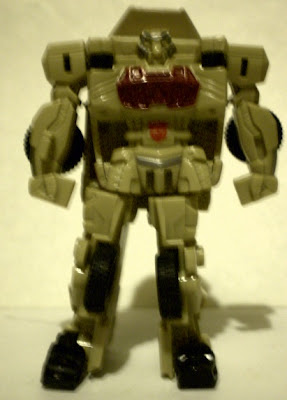 Yeah, this is probably old news to most of you by now but Adrianne Palicki has been cast in the lead role of NBC's Wonder Woman. She played Tyra Collette on Friday Night Lights, which I admit that I have never watched an episode of. The twenty-seven year old actress was also the pseudo Kara on Smallville and as Sam's doomed girlfriend, Jessica Moore, on the pilot episode of Supernatural. She was cast as Siren on the pilot episode of Aquaman that never aired. Her movie roles include Legion and the upcoming Red Dawn remake. I think that Adrianne Palicki will make a fine Wonder Woman for she stands at 5'11" (Lynda Carter is 5'9") and is super sexy. 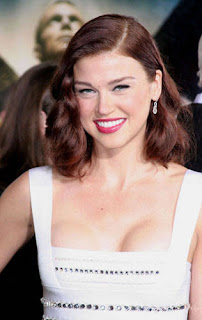 Posted by Jamdin at 1:41 PM No comments:

The Huntress and Catwoman battle outside the ring with special appearances by Black Canary and Black Cat in the beginning and a surprise guest superhero at the end:

If you blinked at the wrong time while watching Star Wars Episode V: The Empire Strikes Back, then you might have missed seeing the FX-7 medical droid on screen. Along with 2-1B, it helped Luke Skywalker recover from his Wampa encounter on Hoth. I actually picked it up a few years ago at a local thrift store in a bag with other action figures that I wanted. I like the fact that his "head" extends up. 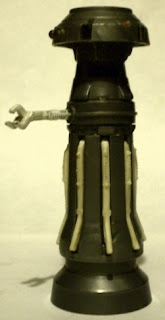 A sleeker version of FX-7 was made for the Star Wars: Power of the Jedi and can be purchased below:

Here is the first look at the Carol Ferris Barbie doll via ‘Green Lantern’: Warner and Mattel hope to ring up major toy sales: 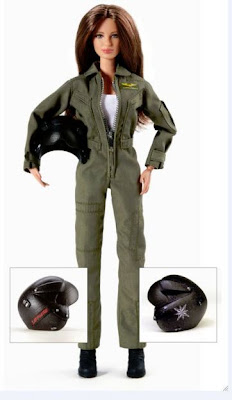 I take it that the Star Sapphire Barbie will be coming out when the Green Lantern sequel comes out providing that she dons the costume.
Posted by Jamdin at 11:56 AM No comments:

I found a Monster Jam Spider-Man truck made by Hot Wheels in 2001 at a local thrift store this morning for fifty cents. 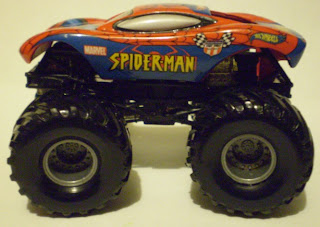 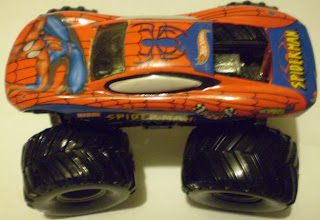 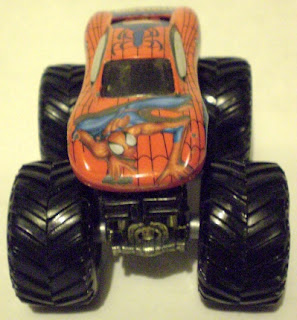 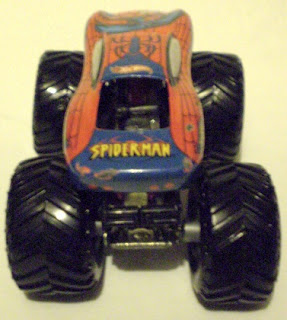 I also found a Speed Racer Mach 5 from Hot Wheels for fifty cents at the same thrift store (I knew that I would find one if I waited long enough):

Captain Atom meets the future Power Girl (Kara Zor-L) when he is tossed one hundred years into the future in Justice League: Generation Lost #14 (January 2011): 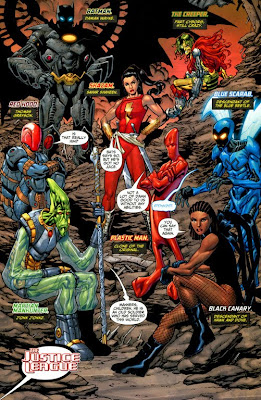 Posted by Jamdin at 3:11 PM No comments:

DC Universe posted the first look at DC Direct Flashpoint action figures last Friday but they are so cool that I thought I would post them here. I am really digging the the alternate versions of Flash, Batman, Wonder Woman and Cyborg. 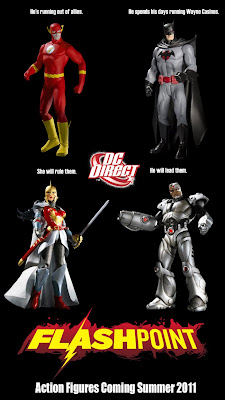 Justice For All Includes Children, 8

Curt Swan did the artwork for Justice For All Includes Children, 8 public service ad featuring Superman as it appeared in Secret Society For Super Villains #5 (January-February 1977): 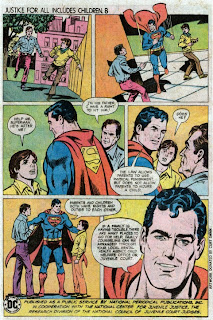 With the wicked winter weather that we have been having lately, it seems only appropriate to show pictures of Silena Evion dressed as Killer Frost from this year's Ikkicon: 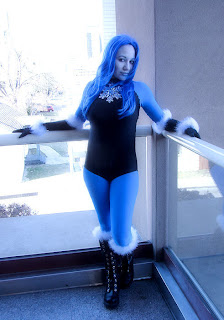 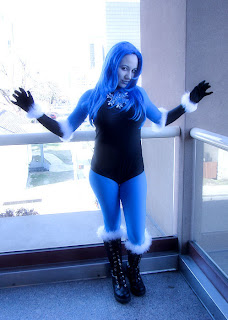 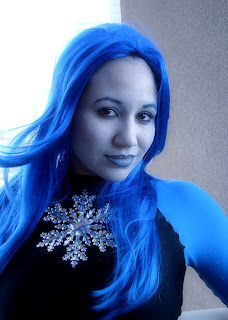 Posted by Jamdin at 9:29 PM No comments:

Justice For All Includes Children, 6 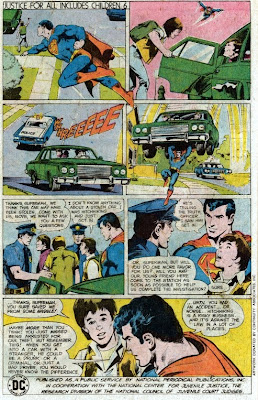