"James T. Kirk has had many loves during his mission among the stars, but this time he may have met his match in fellow Starfleet Captain Laura Rhone. This special story by award-winning writer of prose, comics, and television Paul Cornell (Doctor Who) takes Captain Kirk to where he has never gone before!" 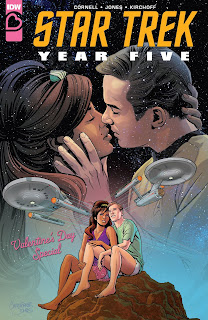 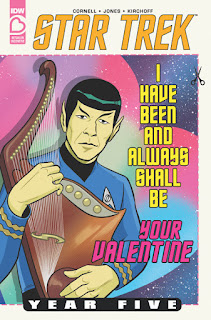 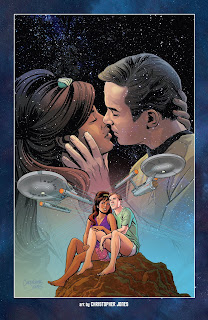 As an added bonus, there is even a Valentine card featuring Mr. Spock playing his lute as seen on the alternate cover: 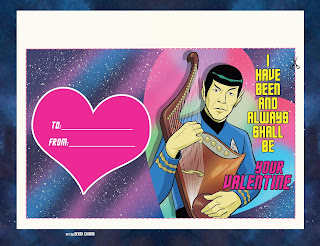 This wraps up this year's Countdown to Valentine's Day at Moongem Comics I hope you enjoyed the posts as much as I did.
Posted by Jamdin at 12:00 AM