There really should have been a comic book series based on the tv series, My Three Sons. The show ran from September 29, 1960, to August 24, 1972 and starred Fred MacMurray as Steve Douglas. Two of the hottest alien women from DC Comics battle it out in this video thanks to Pepeloco999 working his magic with pcsx2 0.9.4 and Smackdown vs Ra2 2008:

I found the Green Arrow figure from the 1999 DC Super Heroes Silver Age Collection at a local thrift store this morning for only $6.50. The box appears never to have been open but there is a little wear and tear on the corners. The features includes a display stand, a bow that actually fires arrows and a cloth costume like the Mego dolls...er, action figures from the 1970s. This is a rare find for me for none of the local stores ever stocked these nine inch figures.

The back of the box has the following text:

The greatest heroes in the universe join forces to comat the world's most diabolical villains!

Oliver Queen, wealthy world traveler, was on a South Seas cruise when a sudden lurch threw him overboard. Currents carried him to a deserted jungle island, and upon regaining his senses, he realized that he would have to fend for himself. Inspired by his Robinson Crusoe-like situation, Oliver began developing his own method for catching food and protecting himself: an array of trick arrows.

Soon, Oliver was catching fish and fowl whis his net arrow, drill arrow, and a number of other types of arrows. He also created a green camouflage suit of leaves. One day, Oliver spotted a freighter anchored off the island. Swimming to the ship's side, Oliver realized that the ship had been overtaken by mutineers. Oliver used his trick arrows to rescue the crew, calling himself the Green Arrow. Upon his arrival back home again, he continued to protect innocent citizens as Green Arrow. Back of Silver Age Green Arrow figure
Posted by Jamdin at 10:47 PM 1 comment:

Evil Inc. is a daily web comic by Brad Guigar that mixes super-villains and corporations. There are also super curvy babes like Lightning Lady and Miss Match.
Posted by Jamdin at 10:48 AM No comments:

The lady ninja battles the reformed burglar in this video
made with Smackdown vs Raw 2008 from Pepeloco999:

Darius Whiteplume posted his Zombie Fighting Dream Team a few days ago. My league of zombie destroyers would consists of the following:

The first person that came to my mind was the deadly yet beautiful Sybil Danning. Not only can she wield a sword but she knows how to handle big guns.

Next on my list is Supergirl because she is easier on the eyes than her cousin plus she has all his powers. 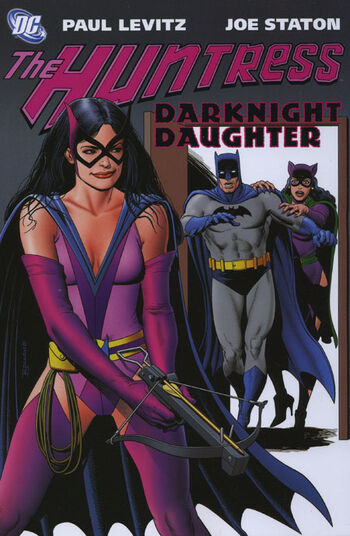 The Huntress is on my list for several reasons but mostly because she is not afraid of using her crossbow pistol.

Lara Croft is on my team because she is used to running while shooting various weapons. Plus I needed another brunette on the team.

John Rambo is on my team because of his survival skills, ability to use any weapon and is just a bad ass.
Posted by Jamdin at 4:29 PM 1 comment:

Facebook has a new online game called Superheroes Alliance and I created a character called Moongem Avenger. I made level four in less than thirty minutes. DC Universe: The Source is the official blog from DC Comics. The most recent post previews The Last Days of Animal Man #1 that will be released on May 27, 2009. There are also sneak peaks at Wednesday Comics, which is the company's new weekly comic book which will be printed like Sunday newspaper comics and feature one pagers with several of their characters including Superman, Batman, Kamandi and Metamporpho). If you are a fan of DC Comics, then you need to check out DC Universe: The Source.
Posted by Jamdin at 10:51 AM No comments:

With all the latest rumors about Barbara Gordon possibly regaining the use of legs and becoming Batgirl again, I thought that the following video would be interesting to watch as she battles Mystique:

The following pictures are of my worn (and slightly stained) white Superman t-shirt: Pepeloco999 brings an exciting wrestling match between the Female Fury from Marvel Comics and the Maid of Might from DC Comics. I like this one because Mary Marvel is wearing her white and gold costume.

In case you have not seen the news, Newsarama reported X-Men’s Len Wein survives house fire. No human life was lost but their dog, Shelby, ran back in and perished along with a lot of original artwork.
Posted by Jamdin at 3:05 PM No comments:

This Mike Grell cover so much needs to be a poster (click for larger image): 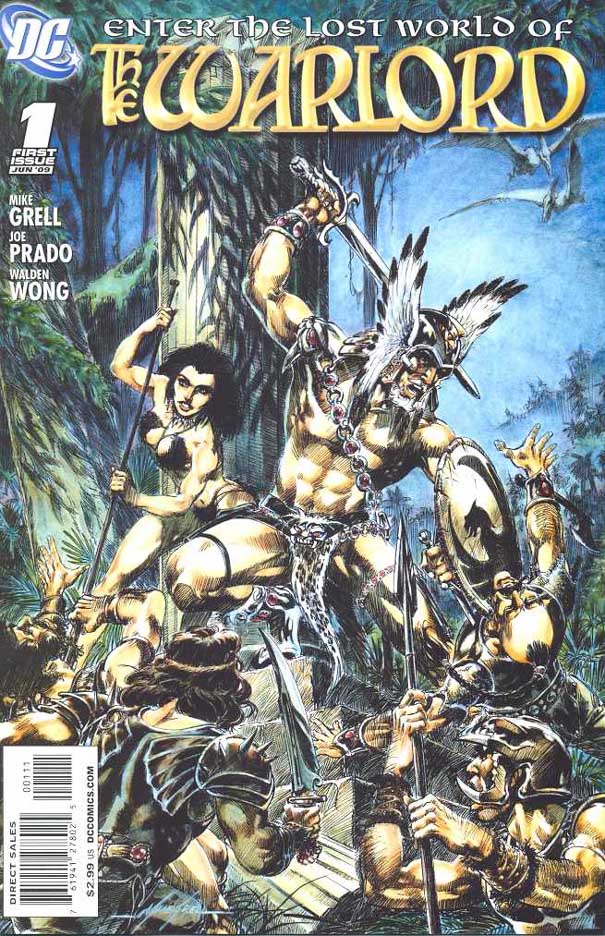 You can read a five page preview at Newsarma's DC Comics First Looks for April 8.
Posted by Jamdin at 11:55 PM 1 comment:

The woman of steel battles the girl of cheese gone bad thanks to Pepeloco999 and Smackdown vs Raw 2008.

Posted by Jamdin at 4:06 PM No comments: