I picked up this Eddy's Wonder Woman Golden Lasso Twirl Ice Cream on Monday after seeing posts of the Eddy's Batman and Superman Ice Creams on Facebook. The local Walmart's didn't have any at the time and the local Dillons just had this one. There are four in the Wonder Woman series and I picked up #2. 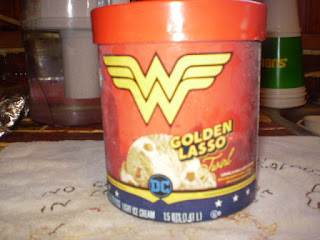 The back of the Eddy's Wonder Woman Golden Lasso Twirl Ice Cream #2 shows her battling Cheetah with the following text:

Truth and Consequences Part 2 of 4
Cheetah: You can see how the gem of nature has intensified my powers. And I can feel the gem of wisdom expanding my mind!

Wonder Woman: Those gems were never meant for the likes of you, Cheetah!

Cheetah: At least I know how to deal you the ultimate defeat, Wonder Woman! 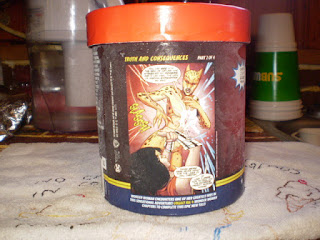 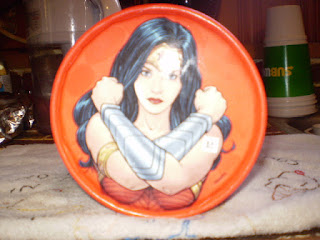 Here is the Dynamite's Elvira Mistress of the Dark#1 cover: 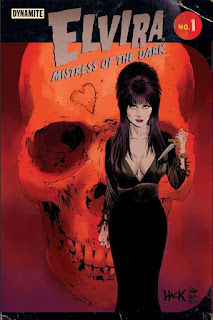 I started working as a part-time floor maintenance at the local hospital last night.
Posted by Jamdin at 12:05 PM No comments: