The cover of Birds of Prey #28 from DC Comics features Artemis (Strix), Bluebelle (Batgirl), Warbler (Black Canary) and Eagle (Condor) aka the Wings of Truth in Gothtopia: 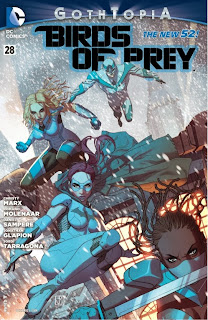 Obviously, Eagle is the only one able to fly while the women ride motorcycles (notice that Artemis rides with Bluebelle): 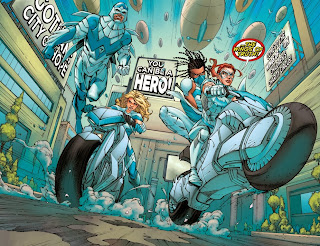 I would like to see an ongoing Gothtopia series just to see more women on motorcycles.
Posted by Jamdin at 12:47 PM No comments:

Harold Ramis will forever be Egon from Ghostbusters to me. He passed away earlier today at the age of sixty-nine.
Posted by Jamdin at 3:51 PM No comments:

I picked up the Superman Strawberry Candy Cane the same time I picked up the Batman Blue Raspberry candy cane. It too was forty cents and a leftover from the Christmas season. The Man of Steel is wearing his red trunks. His right fist continues to the side of the box.

The actual wrapper is clear with the familiar red and yellow S shield. Superman is written underneath that in red and yellow.
Posted by Jamdin at 4:39 PM 3 comments:

First Guardians of the Galaxy Trailer

Yes, here is the first Guardians of the Galaxy trailer in case you have not seen it elsewhere yet:
Posted by Jamdin at 1:52 PM No comments:

I actually picked up the Batman Blue Raspberry Candy Cane a few weeks ago when the Christmas merchandise was still on clearance. Originally, it was a dollar but I got it for forty cents. Batman is featured in his classic blue and gray costume. His right hand (our left) is actually on the side of the box.

The back has a cool holiday decoration that can be cut out:

The candy cane is wrapped in clear cellophane with the classic yellow oval bat symbol and Batman written in red.
Posted by Jamdin at 9:19 PM No comments: 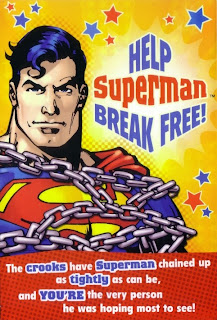 The inside front features the a full figure of the Man of Steel in chains with pull tabs from the chin down to reveal a hidden picture while the opposite side features the text: 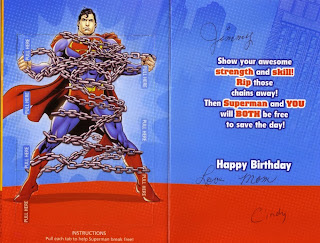 Here is what the revealed picture looks like along with the right side pull tabs open: 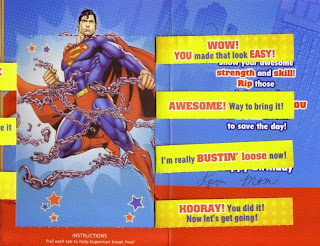 Here is the same picture looks like along with the left side pull tabs open: 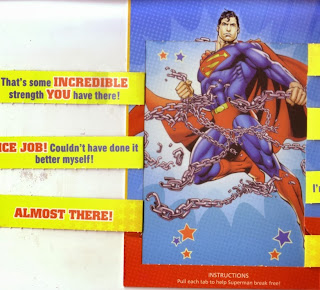 The top of the back features Superman flying along with the S shield almost in the center: 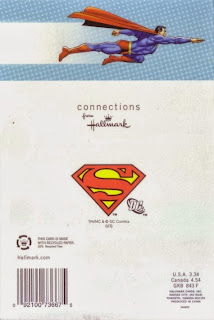 The envelope is the same as the one I got last year with the retro Marvel Comics birthday card: 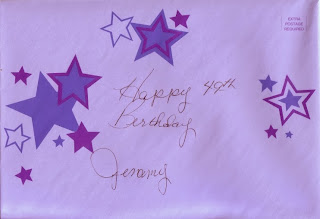 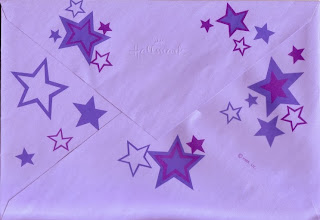 Posted by Jamdin at 9:59 PM No comments:

I love the fact that the mermaids include a blonde, a brunette and a redhead: 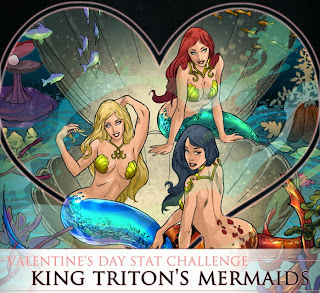 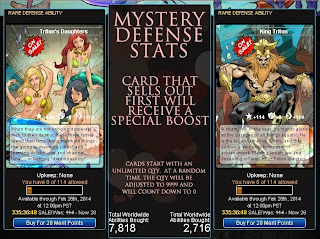 So far, I have six Triton's Daughters cards and one King Triton card.
Posted by Jamdin at 3:25 PM No comments:

Even though Superhero City is sunsetting, they are still celebrating Valentine's Day by offering a free card. Here is the banner for the offer:

This year's special Valentine's Day card is Distracting Defense and the masked lady sitting on the heart-shaped love seat is very distracting: 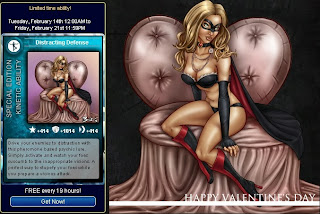 Shame that she isn't wearing bra and panties with the Superhero City logo.
Posted by Jamdin at 3:08 PM No comments:

Today is my forty-ninth birthday so I thought I would post something that I like seeing my girlfriends wearing. Yes, I'm not married and not currently seeing anyone seriously. The Women of DC Comics lace string bikini panties are available with Batgirl, Supergirl and Wonder Woman logos: 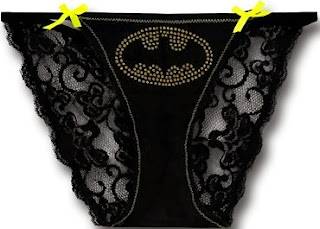 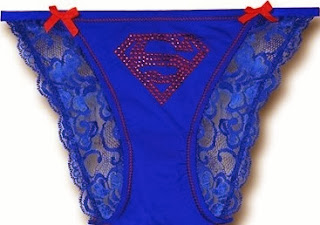 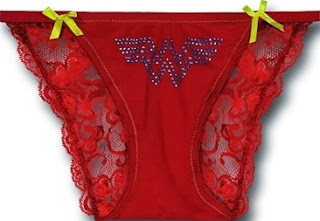 Purchase a Wonder Woman logo women's lace string bikini panty at SuuperHeroStuff!
I can't really say which one is my favorite for I like to give them all to those special ladies in my life for Valentine's Day. They don't always model them for me mind you but it's the thought that counts.
Posted by Jamdin at 2:26 PM No comments:

Fans of the Amazon Princess can now wear these Wonder Women three pack hipster briefs: The three pack features hipster briefs with a classic logo design, a comic inspired theme and signature pair.
Posted by Jamdin at 2:21 PM No comments:

Something with lace is always a good gift to give on Valentine's Day but the Supergirl lace trim tank top and panties is even better for it has a removable cape:
Posted by Jamdin at 2:11 PM No comments:

Today is Monday so let's switch things up in the sexy superhero underwear department. These Super Powers briefs are something to give the men for Valentine's Day: The male members of the Justice League is represented by Superman, Batman, Green Lantern, Aquaman and Flash. This design looks very familiar to me because I still have the men's sleep pant that was part of my Christmas Swag 2009. Maybe I ought to get a pair of the Super Powers briefs and wear them under the men's sleep pant so I could be double sexy on Valentine's Day.
Posted by Jamdin at 3:28 PM No comments:

Admit it, guys, you want your women to be wearing this Batgirl cami and panty set instead of your Batman briefs even if it's not Valentine's Day:
Posted by Jamdin at 3:49 PM No comments:

Women can now enjoy wearing three different hipster briefs featuring DC Comics classic logos for Valentine's Day and beyond: The three pairs include Batgirl logo on a black brief, Supergirl on a blue brief and Wonder Woman on a red brief.
Posted by Jamdin at 2:06 PM No comments:

Countdown To Valentine's Day Minus Seven: Glow In The Dark Batgirl Hipster Briefs

It's one week until Valentine's Day and I thought I would do something special this year with a look at sexy superhero underwear. Our first post deals with glow in the dark Batgirl hipster briefs:
The three pack of Batgirl hipster briefs includes a classic logo design in an all over print, a signature logo pair, and a utility belt pair. The best part is that the designs glow in the dark.
Posted by Jamdin at 8:36 PM No comments:

Superhero City is celebrating the Super Bowl by running a Colossal Madness: Tug of War contest (I picked Cavalry's Charge): 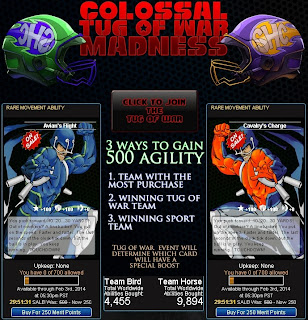 I'm still playing Superhero City and will be until the final day. Earlier this week, the online game released a set of Animal Instinct cards. Here is the banner:

The Animal Instinct cards include Animal Attack, Supremium Claws and Attack of the Feet (the artwork for all three feature women): 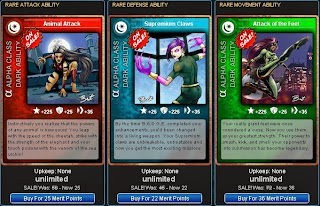 They had a very limited edition Chinese New Year card but they went quickly and I missed it.
Posted by Jamdin at 3:42 PM No comments: