Comics Continuum has the first look of Laura Vandervoort as Kara in costume in the October 8 episode of Smallville titled "Supergirl" (yes, she gets her costume before her cousin does): 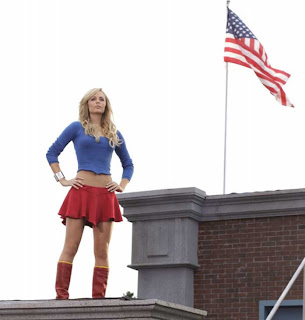 Here is the trailer for All-Star Superman:

Teri Hatcher, who played the woman reporter on ABC's Lois & Clark: The New Adventures of Superman will be coming to WB's Smallville as Lois Lane's mother according to this Comics Alliance article. 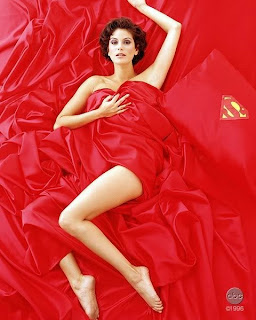 Wow, this DC ENTERTAINMENT ENDS WILDSTORM, RESTRUCTURES is big news as the imprint ends in December. I have only a handful of WildStorm comics with the majority of them from the 1990s.
Posted by Jamdin at 4:17 PM No comments:

Hostess Cakes Justice League shows The Flash Cakes and (Green Lantern) GloBalls that you can hand out for Halloween. The site also has a contest with a grand prize of a million dollars. Fifty players will win a one year subscription from DC Comics and fifty players will win a copy of the Superman/Batman: Apocalypse DVD. After October 25, you have a chance to be the hero of your own DC Comic book cover. 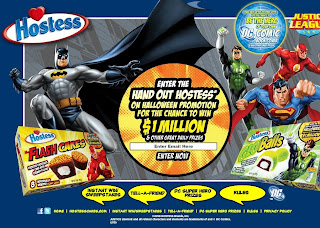 This brings back memories of those old Hostess comic book ads from the 1970s that had the superheroes eating Twinkies and other treats.
Posted by Jamdin at 11:52 PM No comments:

I got the tip of my right index finger caught in the loading bay door at work Tuesday morning. The bone is broken and the nail bed needed repaired. Needed stitches in finger pad too since it was split. In pain now and off work for at least next two weeks. Updates to Moongem Comics will be rare for the next few weeks.
Posted by Jamdin at 8:22 AM 1 comment:

I updated Superhero Gifts earlier after realizing that DC and Marvel are both coming out with pop-up calendars. I also added posters to the page. The most oddest item added was the Captain America by Marvel for Men 3.4 oz Eau De Toilette Spray.
Posted by Jamdin at 4:32 PM No comments:

Here is the trailer for Priest based on the graphic novel:

Posted by Jamdin at 2:02 PM No comments:

I finally found the Hot Wheels Batmobile 2010 (#42 of 44) at the local Alco Duckwall store. In fact, I found four of them but only bought two. According to the information on the cardboard back, this Batmobile was born in 2008 in Gotham City. Designed by Batman, this version has enhanced nanotech transforming ability that allows it to change into the Batjet, Batboat, Batsub, Batcycle and the Bat-mecha. One of these will be going on my wall next to the classic 1966 version. 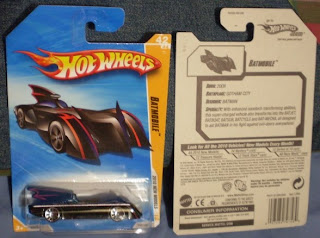 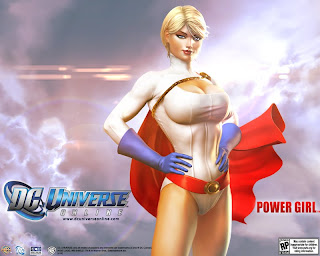 Posted by Jamdin at 3:21 PM No comments:

The Spider-Man Spider Sense notebook and matching portfolio were found at the local Wal-Mart for $2.50 and $0.97 respectively. I really the lenticular effect on the front cover of the notebook for Spidey really stands out. The back cover just has the logo, a spider and a link to Marvel Kids. The back cover of the portfolio features a different image of Spider-Man while the interior bottom has the logo and spiders. FAB Starpoint distributed the Spider-Man Spider Sense notebook and porfolio with the copyright date of 2010. 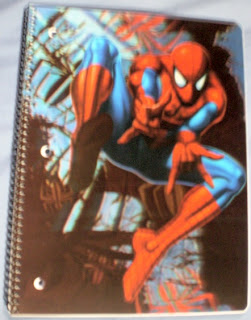 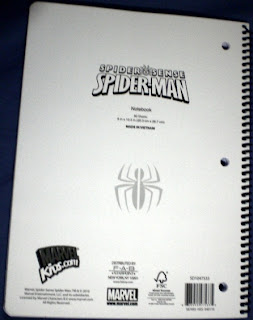 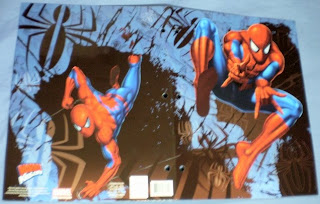 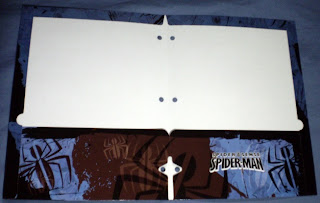 Posted by Jamdin at 3:42 PM No comments:

The Marvel Heroes notebook and matching portfolio both feature the Hulk, Iron Man and Nightcrawler (I guess someone finally figured out that Wolverine is used way too often on merchandise but I wonder why Old Shellhead is flying so low). The notebook was $2.50 and the portfolio was $0.97 at my local Wal-Mart Super Center. The notebook has a lenticular front cover while the back has the Marvel Heroes logo. The back of the portfolio has a small group shot of Iron Man, Captain America, Hulk, Thor, Spider-Man and Wolverine. The portfolio has the various heroes in the blue background. The interior of the portfolio has a strip featuring the part of the Hulk, Spider-Man, Thor, Captain America and part of Wolverine. The Marvel Heroes logo has three pairs of eyes (Hulk, Spider-Man and Wolverine) covering the image of Iron Man on the strip. FAB Starpoint distributed both items with a copyright of 2010. The Marvel Kids website is featured on the back of both items. 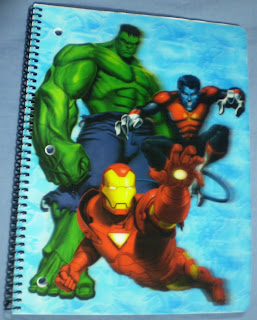 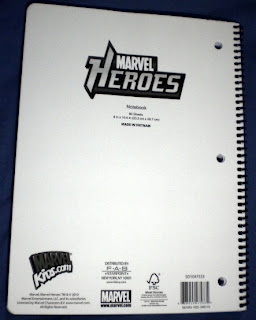 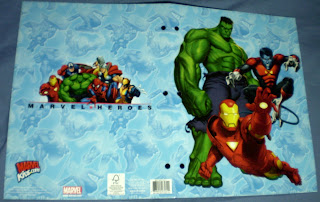 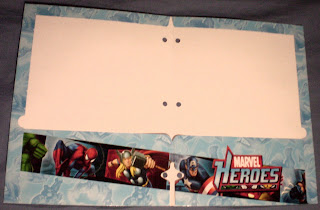 Posted by Jamdin at 2:21 PM No comments:

I picked up the following Iron Man 2 flying notebook for $2.50 and the matching portfolio for $0.97 at the local Wal-Mart Super Center. Both have the Golden Avenger flying but only the notebook has him in lenticular, which gives a pretty cool 3D effect. The back cover of the notebook does not have an image like yesterday's Iron Man 2 Blaster Notebook and Portfolio. Instead of a wraparound cover, the back features a different image than the front (kind of looks like he blasting himself when the portfolio is spread open). The interior of the portfolio features a close up of Iron Man's blasting hand and head. This too was distributed by FAB Starpoint with a copyright date of 2010. I really love the reddish-orange color. 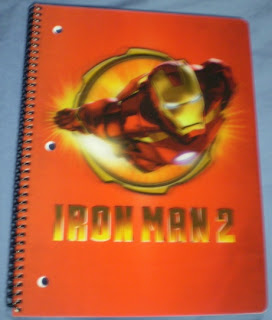 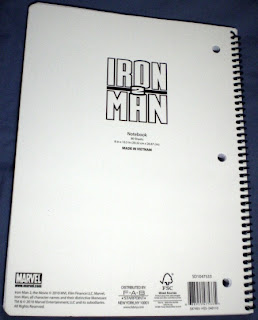 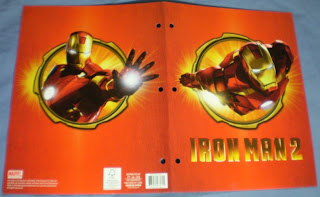 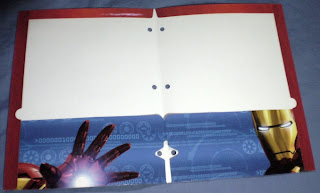 I found these matching Iron Man 2 notebook and portfolio at the local Wal-Mart Super Center. The notebook was $2.50 and has a lenticular front cover. I really love the fact that the back cover actually has an image. The portfolio was $0.97 that features a large image that wraps around the exterior plus a smaller image that wraps around the bottom of the interior. Both were distributed by FAB Starpoint with a date of 2010. I nickname them Blaster since Iron Man is about to blast you. 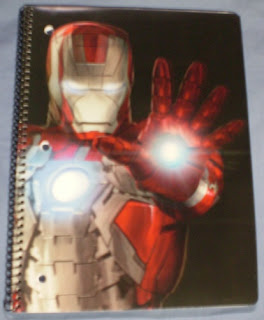 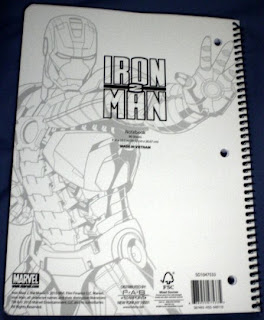 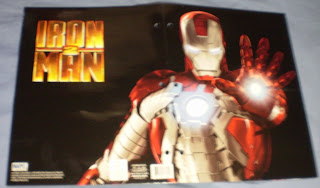 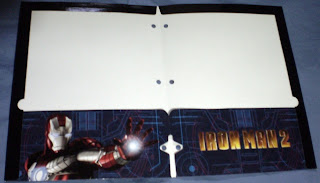 Posted by Jamdin at 3:43 PM No comments:

I found a copy of Spider-Man Saves the Day adapted by Acton Figueroa and illustrated by Ron Lim at a local thrift store yesterday for fifty cents. The slim comic booklet was published by HarperFestival in 2002 and is a tie-in to Spider-Man: The Movie since he wearing the same costume. There are some pretty cool two page spreads as Spidey helps various people. 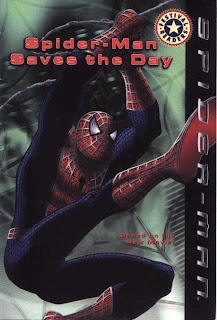 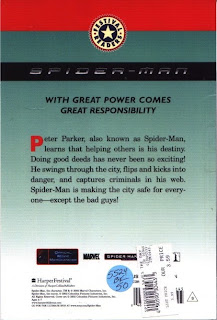 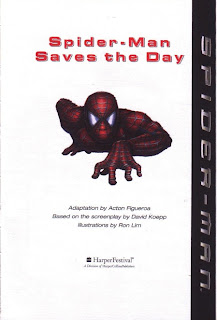 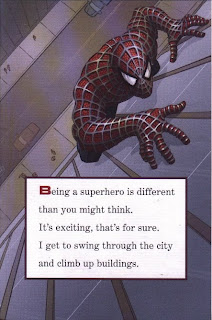 Posted by Jamdin at 4:09 PM No comments:

DC Universe Online has a bunch of cool desktop wallpapers featuring superheroes and supervillains from DC Comics in the media category. Best of all, they are available in several different sizes. The Wonder Woman wallpaper found below is the 800 x 460 version but you can also get one in 2560x1600. 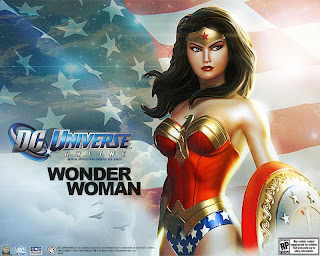 Be sure to check out the movies and screenshots at DC Universe Online because this is one game that is going to rock.
Posted by Jamdin at 4:51 PM 2 comments: