Disney buys Marvel for $4 billion may be old news to some of you but I just found out about it since I have been working out of the house today. This is pretty weird news considering that some of Marvel's characters are not exactly family-oriented (I'm looking at you, Punisher).
Posted by Jamdin at 3:56 PM No comments:

I managed to find more quarters to feed the vending machine today so I could gain three more Marvel Heroes Stickers Series 2. This time I received #7 Thor, #8 The Punisher and #9 Gambit. 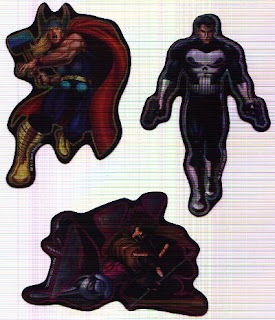 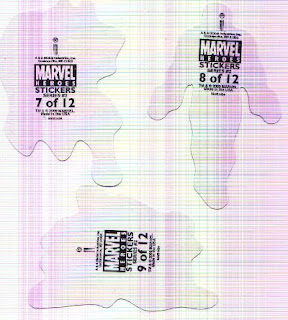 Posted by Jamdin at 4:07 PM No comments:

For fifty cents, I found a copy of Fantastic Four: The Universal Guide by Tom DeFalco (Marvel Publishing, Inc 2007) this morning at a local thrift store. This five by eight book has articles such as "Fantastic Four Orgins", "Headquarters & Hardware" and "Jack Kirby's Galactus Trilogy". There are also interesting write ups on each of the members plus their friends and foes (yes, even H.E.R.B.I.E. is mentioned). While the front cover has been damaged, the eight stickers the size of trading cards are still intact inside. I am also not fond of the thrift store's new price tag method since it involves using tape (thankfully, they put the price tag on the back cover). Overall, this is a pretty fair thrift store find. 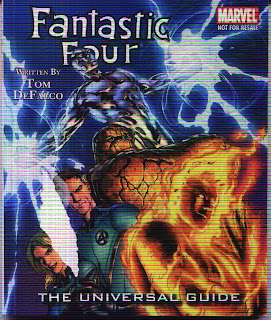 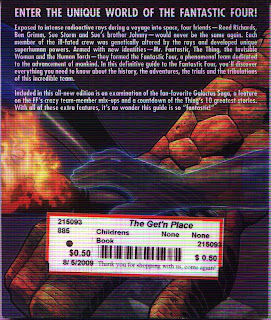 Posted by Jamdin at 3:49 PM No comments:

One of the local discount store has a new vending machine that spits out Marvel Heroes Stickers Series 2 for fifty cents each. I could not resist getting a few and I got the following stickers: #3 Wolverine, #4 Invisible Woman, #5 Captain America and #6 Iron Man. There are twelve stickers in the set and I hope to get more when I get more quarters. 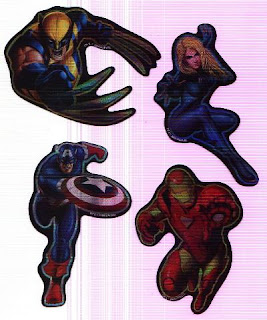 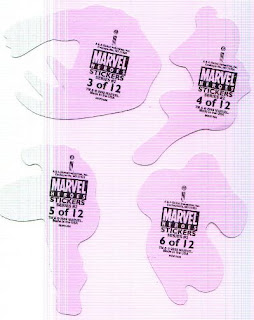 Posted by Jamdin at 9:29 PM No comments:

The mysterious figure that I posted about earlier is none other than White Pantera from El Tigre, which I have never see an episode of. 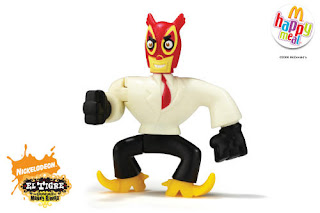 Posted by Jamdin at 5:16 PM No comments:

I had to work today so I did not get to the thrift stores. However, my sister found for me a bag of action figures for fifty cents. The following two Star Wars bobble heads were found in McDonald's Happy Meals in 2008: 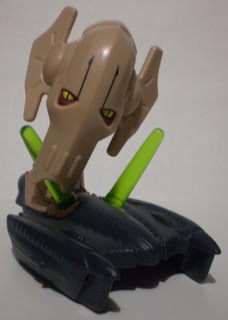 The other action figures in the bag included two from Kung Fu Panda: Monkey with spinning bamboo staff and Tai Lung with kicking action. An unknown action figure was also in the bag and looks like he is from Mucha Lucha (a show that I only watched once). I have been doing a search for his identity but I am having no luck. He is wearing a red with yellow trim mask, red tie, white suit jacket, white shirt, black gloves, black pants and yellow boots that appears to have spikes or spurs attached to them. The copyright has McD's 2008 and 2007 Viacom.
Posted by Jamdin at 4:21 PM 1 comment:

Here is a music video of Do You Want To Date My Avatar by The Guild that has been making the rounds on the Internet after it debuted at this year's Comic Con:

I found two books at a local thrift store this morning that I just could not pass up. The first was Bat Masterson by Wayne C. Lee with illustrations by Adam Szwejkowski that was published by Whitman in 1960. This was an authorized edition based on the television series starring Gene Barry. This is in better shape than the Annie Oakley in Danger at Diablo book that I found a few weeks ago at another thrift store for three dollars. The price of Bat Masterson only set me back a dollar. 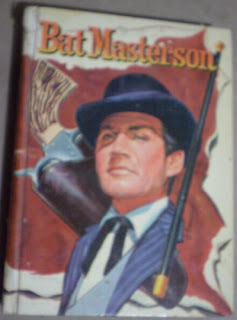 The second book was Constantine by John Shirley published by Pocket Books in 2005. This is the novelization of the movie based on the Hellblazer comic book published by DC Comics under the Vertigo imprint. I actually enjoyed the movie but maybe it is because I have only read a handful of the comics. Constantine was also a dollar. 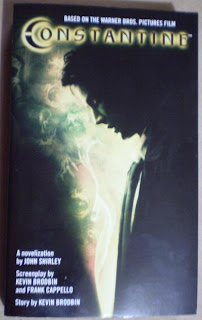 Posted by Jamdin at 4:08 PM No comments:

The only time that I have ever seen a gorgeous woman in a comic shop was when she was running the cash register. This behind the scenes video was done at a photo shoot for A Comic Shop. Not only is Lauren shown with a few comic books and an action figure but she also dresses up as Supergirl and Batgirl.
Bonus video: Here is Tripod's "Hot Girl in the Comic Shop" skit:

Batman Teaming Up With Doc Savage

I would really like to see a team up between Superman and Doc Savage.
Posted by Jamdin at 2:37 PM No comments:

You remember Black Scorpion, right? The 1995 movie starred Joan Severance in the title role as part of Showtime's Roger Corman Presents series. She once again donned the mask in 1997 for Black Scorpion II: Aftershock. In 2001, Michelle Lintel played the character in a tv series for the Sci Fi Channel. According to Comics Continuum, Bluewater Productions will be putting out a monthly title featuring the femme fatale with the first issue having two different covers. 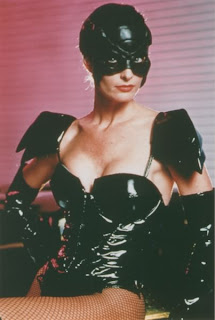 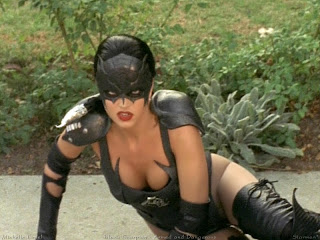 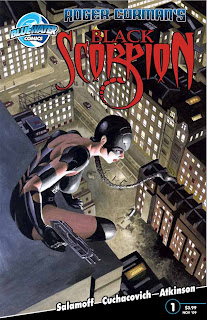 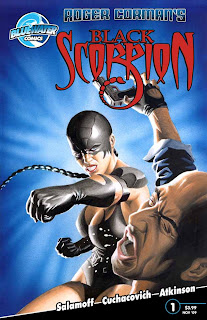 Here are a few women as Kara Zor-L aka Karen Starr aka Power Girl: 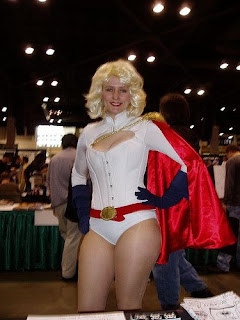 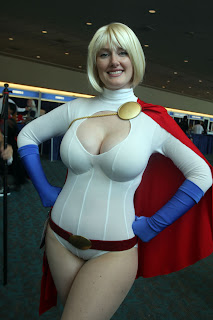 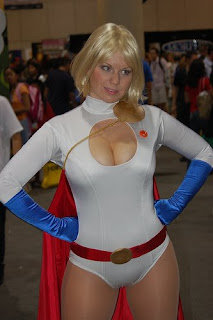 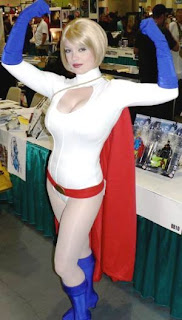 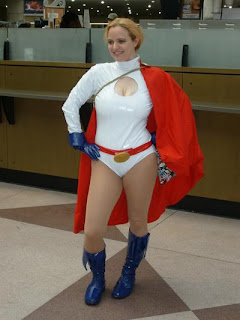 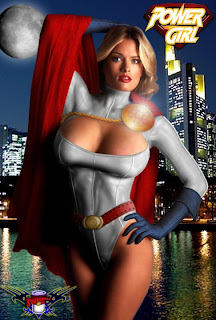 Posted by Jamdin at 1:59 PM No comments:

Halloween In August With Elvira

I know that it is not October yet but who says you cannot have Halloween in August. Here is a promo poster for Midnight Mass in San Francisco with hostess Peaches Christ featuring Elvira, who will be appearing on August 21 and 22 (check out Peaches's site for more comic art featuring her and the Mistress of the Dark): 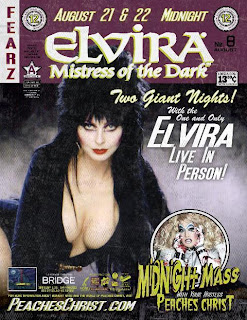 Posted by Jamdin at 4:55 PM No comments:

Today marks the third birthday of Moongem Comics and what better way to celebrate than with some birthday cards from the Superman and Friends series put out in 1978: 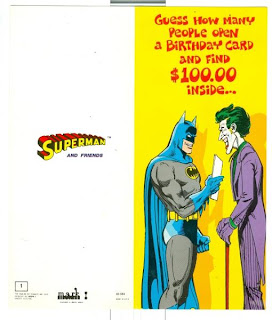 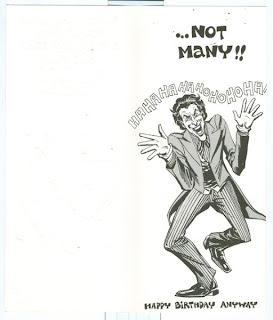 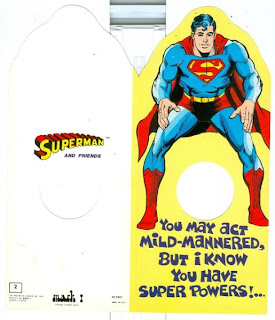 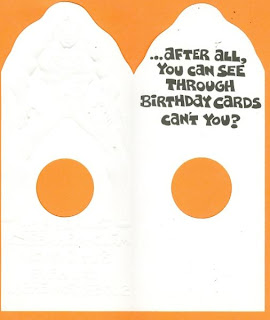 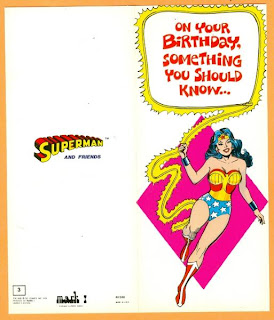 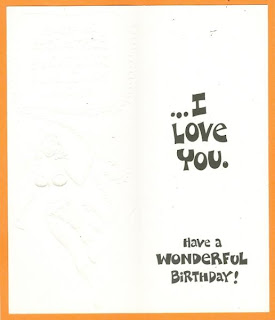 You can find these and other birthday cards in the series on eBay.
Posted by Jamdin at 12:01 AM 2 comments: