Prelude to Countdown to Halloween 2014

As you can tell, I have changed the header and some of the font colors here at Moongem Comics in anticipation of Countdown to Halloween 2014 that will start October 1st and last until October 31st. There will be plenty of treats and perhaps a trick or two.

Don't forget to visit the Official Countdown to Halloween website to see how other blogs are celebrating the season.
Posted by Jamdin at 11:37 PM No comments:

According to Newsarama's Batman Gets USPS Stamps in Time for New York Comic Con, 75th Anniversary, they will be available on October 9, 2014. There will be five different Batman Forever Stamps, four will feature the Dark Knight through the years and the fifth will feature the bat symbol. 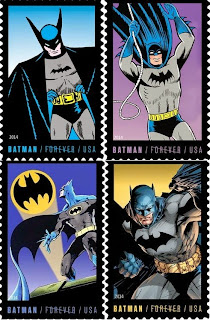 Posted by Jamdin at 2:13 PM No comments:

In Infinite Crisis: Fight For The Multiverse #19, he is called Doctor Fate of Earth 20 and employs phase-blasters: 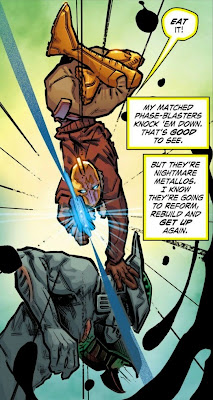 In Multiversity: The Society of Super-Heroes #1, he is Doc Fate because that was is father's nickname for him: 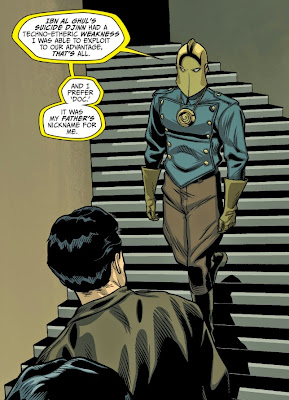 Whatever he is called, it's great to see an alternative version of Dr. Fate from DC Comics. I actually enjoyed the latter issue more for he comes to unpleasant fate in the former issue and the art is better.
Posted by Jamdin at 3:37 PM No comments:

My Thoughts On Gotham

I watched the encore presentation of FOX's Gotham earlier this evening. I have noticed a few things. Oswald aka the Penguin, Nigma aka the Riddler and the unnamed comic aka the Joker if that was indeed him are much older than Bruce Wayne while Selina Kyle aka Catwoman and Ivy Pepper aka Poison Ivy are closer to his age. Selina seems to be stalking Bruce so I hope she gets a more active role. I would also like to see more Alfred. James Gordon and Bullock were great for the former is the rookie while the latter is the veteran that is just trying to survive the corruption. Fish and Falcone are both strong characters and I can't wait to see more of them too. I do want to watch more even though Bruce may never actually don the Batman costume so I can't wait until next week's episode.
Posted by Jamdin at 10:43 PM No comments:

Thanks to Newsarama's S.H.I.E.L.D.'s Mockingbird Goes Brunette, Is a HYDRA Agent for the following picture: 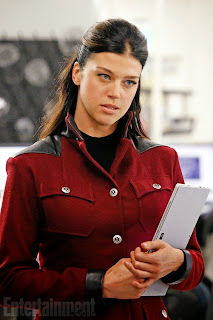 Posted by Jamdin at 4:56 PM No comments:

Tonight is a big night for the season premiere of Big Bang Theory on CBS is tonight at the same time that FOX is airing the first episode of Gotham. As much as I want to watch the latter, I will end up watching the former since I need my laughs more than I need more drama.
Posted by Jamdin at 3:52 PM No comments:

I received the new Marvel Super Hero checks and address labels at Walmart flyer along with my monthly credit card bill today. The front clearly shows the Hulk, Captain America, Iron Man and Thor gathered together on the left side. This series is being called the "Avengers Assemble" series but you have to read the small print to notice it. The checks shown are of Captain America, Iron Man, Thor and the Hulk while the labels shown include Black Widow, Hawkeye, Nick Fury and the Falcon. 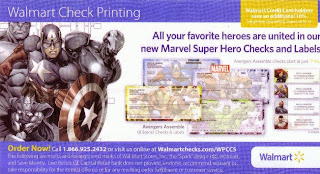 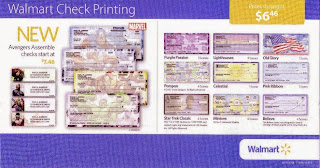 Posted by Jamdin at 3:17 PM No comments:

According to Breaking News: Supergirl's Getting a TV Show, CBS has given the green light for the series that will be pretty faithful to the comics.
Posted by Jamdin at 2:02 PM No comments:

Elvira getting her first tattoo on A&E's Epic Ink starts in a few minutes and here's the video preview:
Happy birthday to Cassandra Peterson.
Posted by Jamdin at 9:30 PM No comments:

According to Arrow Gets Yet Another Spartacus Veteran -- This Time as Captain Boomerang, Nick Tarabay is playing the villain who is mostly known as one of the Flash's Rogues Gallery. 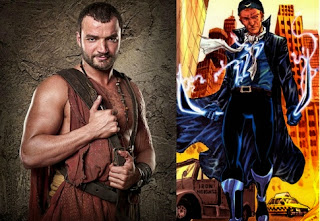 The Countdown to Halloween badges are now available and here is my choice: 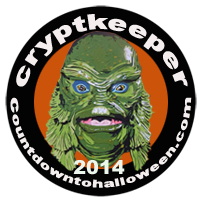 This is not an official Countdown to Halloween post but I just had to post it for Elvira fans. She will be appearing on the September 17 episode of A&E's Epic Ink to get her first tattoo according to this article. 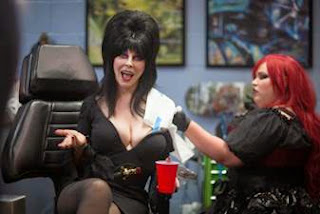 That day is also Cassandra Peterson's sixty-third birthday.
Posted by Jamdin at 3:25 PM No comments:

I'm more of a Star Trek fan for several reasons and the original tv series is still cool even after forty-eight years from when it first aired: 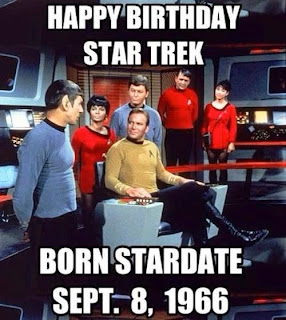 Posted by Jamdin at 3:03 PM No comments:

According to Constantine Casts Guardians of the Galaxy's Emmett Scanlan as Jim "The Spectre" Corrigan, he will be a New Orleans Police Department homocide detective. He will appear in the fifth episode and will be a recurring character. 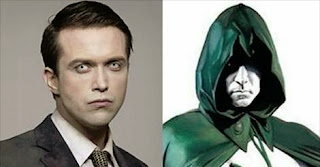 Constantine will premiere on October 24th on NBC.
Posted by Jamdin at 7:26 PM 1 comment:

One of Batman's most deadliest foes is coming to tv according to Matt Nable Cast as Ra's al Ghul on Arrow. 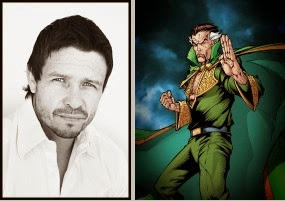 He will be appearing in the fourth episode of season three, which is also the fiftieth episode of the series. Ra's al Ghul will be a recurring role on Arrow.
Posted by Jamdin at 2:54 PM No comments:

According to Dwayne Johnson to Play Black Adam in Shazam!, he had the choice to play either the heroic Captain Marvel, who is now known as Shazam, or the villainous Black Adam. I think he choose wisely.

Posted by Jamdin at 3:26 PM No comments:

Alice Cooper #1 from Dynamite Entertainment starts the shock rocker's first ongoing series and will be in stores on Wednesday, September 3. Here's the cover by David Mack: 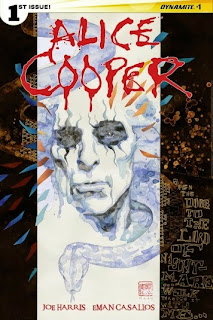 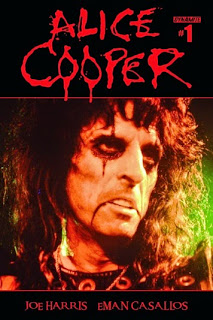 You can read more about the issue and view a five page preview along with previews of other comics hitting the stores this week from Dynamite here.
Posted by Jamdin at 1:39 PM No comments: