GaF Double-Vue Presents Mighty Mouse In Beauty On The Beach

The GaF Double-Vue Mighty Mouse cartoon was "Beauty on the Beach" actually featured the first and final parts of the actual cartoon. I am only presenting a small fraction of the film loop:

Here is the actual cartoon:

I know Halloween is still about five months away but I could not resist posting this picture of Alice Malice as Elvira: 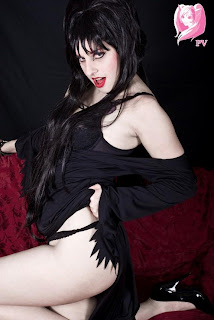 Reis announced that he is closing Geek Orthdox. The blog will be up for a while but then he will be deleting it for good. I urge everyone to drop by and check his posts if you have not done so before.
Posted by Jamdin at 10:32 AM No comments:

I broke down and bought a twelve pack of Dr Pepper with the exclusive Iron Man 2 collectible cans this morning. I ended up with #4: Whiplash even though I was hoping for Black Widow. There are fourteen different collectible cans in all plus the box has a code for cool prizes like a free month subscription to Marvel Digital Comics. I have not looked inside the box yet since I still need it to store the other eleven cans. From what I can tell all twelve cans are the same so I might be buying another one if I do not get tired of drinking Dr Pepper. 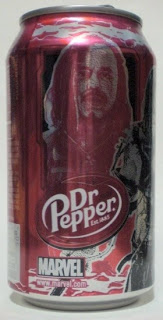 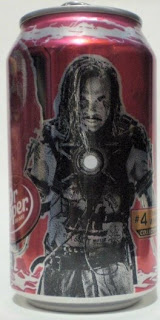 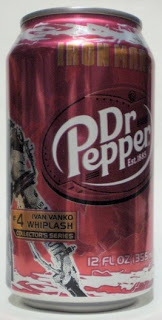 Posted by Jamdin at 5:12 PM No comments:

The Batman cartoon that GaF picked to be included in one of their GaF Double Vue cartridges was The Evil Penguin, which was the butchered version of In Again Out Again Penguin from Filmation The Batman/Superman Hour 1968 cartoon series. Three police officers barge into a room before the Dynamic Dou leap over them.

Batman and Robin are then chased by the law enforcers. I wonder if this trio was Gotham's version of the Keystone Cops

The pair then jump into the Batmobile, which I think was just as cool as the live-action version.

Penguin finally appears only to make a speech while Batman stands with his hands on his hips looking manly.

The Caped Crusader twirls his bat-rope and seems to fall off the roof.

Commissioner Gordon poses for the camera only to have Batman steal the device. He must did not want his buddy to have his picture taken without him.

He then leaps in the Batmobile while Robin flings his rope.

The Boy Wonder snags the Penguin, who does not appear to be all that evil in this cartoon. I hope that he can hold him until Batman or the police arrives.

Here is the In Again, Out Again Penguin cartoon that USA Channel ran as part of their The Superman/Batman Adventures series in 1995:

Posted by Jamdin at 3:33 PM No comments:

I found a plastic bag full of figures at a local thrift store for seventy-five cents earlier this afternoon. That evens out to twelve.five cents per figure. However, the price is not what caught my eye. What cinched the deal for me was the McDonald's Lego Robin and Joker from 2008. Sure they are missing their accessories but they are stool cool. 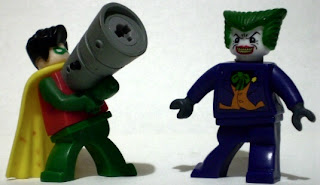 Also in the bag was the Dracula figure that Burger King put out in 1997. I never thought that I would actually find one but there he is. Yes, he is missing his coffin and he is a bit worn but I don't care for he's mine now.

Next up is Chuck from the Planet 51 movie toys that Burger King put out. You pull his helmet down and his face changes with four different expressions 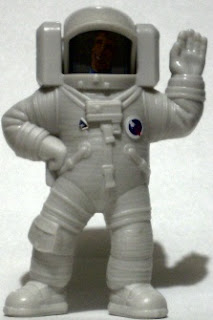 A water sprite from the Spiderwick Chronicles animated movie line that McDonald's put in their Happy Meals in 2008 was also in the bag. A light in the blue section lights up by pressing a button on the back. I have yet to watch the movie but it is on my to watch list. 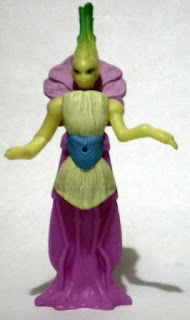 Laugh if you want but the bag also contained a Funky Fashion Fever Jade from the Bratz line that McDonald's put out in 2003. I chopped off the top of her head when I took the picture but she is wearing a red bandanna. I was going to give her to my sister but she does not want her since she is a die-hard Barbie fan. I might just keep her and put her next to Chuck so he can make faces at her.

Posted by Jamdin at 4:32 PM No comments:

Interesting to see that the most popular keywords have been the following:

Interesting to note that a lot of people are getting here by searching for Alison Angel.
Posted by Jamdin at 12:02 PM No comments:

We need more Jade on this blog so I picked this one from Justice League of America #45 (July 2010) drawn by Mark Bagley: 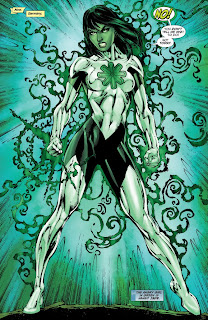 Here is a screenshot from Iron Man 2 Upgraded online game from Dr. Pepper that I played earlier: 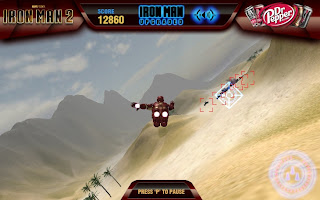 The following trailer for NBC's The Cape looks awesome and I will be checking the television series out in 2011 for sure:

Email ThisBlogThis!Share to TwitterShare to FacebookShare to Pinterest
Labels: the cape, trailer, tv 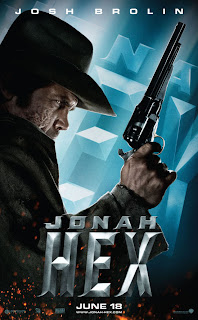 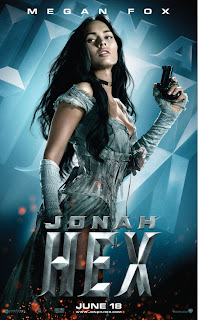 Posted by Jamdin at 2:51 PM No comments:

I finished reading Iron Man 2 by Alender Irvine last evening and greatly enjoyed it. The novel is based on the screenplay by Justin Theroux and have plenty of action scenes as well as techno babble. I liked the origins of Ivan Vanko aka Whiplash and the reason why he wanted to destroy Tony Stark. Not once was Natalie aka Natasha called the Black Widow but it was cool that she was an agent of S.H.I.E.L.D. The origins of War Machine was pretty cool too. I have not seen the movie yet and I will probably wait until it gets on DVD. Overall, I give the novelization an A- because the techno babble does slow down the pacing at times.
Posted by Jamdin at 1:59 PM 1 comment:

Superman: The Last Family of Krypton #1 Cover by Felipe Massafera 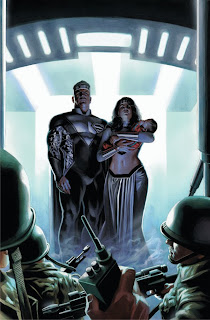 Posted by Jamdin at 2:34 PM No comments:

Here are some scanned film strips of the Wicked Warlock cartoon featuring Superman that was used with the GaF Double Vue Movie Player:

Here is the complete video:

I had a GaF Double Vue Movie Player when I was a teen that played silent cartoons in a loop. I would go through AA batteries watching Superman in Wisp of Wickedness and Wicked Warlock, Batman in The Evil Penguin, Road Runner in Wild About Harry, Mighty Mouse in Beauty on the Beach, Heckle & Jeckle in Wild Life, Captain America in Fights the Sleeper and the Hulk in Rampage. The cartoons were not very long, perhaps a minute or two, and they were very heavily edited versions of longer cartoons. The motor gave out so I ended up having to throw away the GaF Double Vue Movie Player that looked like this:

I kept the cartridges until I got a film projector several years later at a yard sale. I took the cartridges apart (yes, I hear you gasping at the thought of destroying them) and spliced the cartoons together so I could enjoy them on the wall. The only super 8 mm film that I ever had was Jason and the Argonauts #1: Battle with Talos that I also found at a yard sale. I may no longer have the GaF Double Vue Player, the cartridges or the packaging but I do have the film. I am presenting eight strips from Wisp of Wickedness starring Superman:

Here is the complete Wisp of Wickedness cartoon:

Posted by Jamdin at 4:41 PM No comments:

Any woman that looks this good as Vampirella automatically gets an A+ in my book. Heidi aka Cosplay Kitten dresses up as a lot of different characters including original ones so check her blog out. 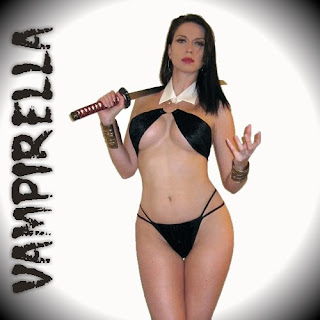 Posted by Jamdin at 2:04 AM No comments: