Superman #300 (June 1976) is one of my favorite comics that I remember originally getting when it first came out. I lost the issue somehow but I bought a copy again years later for ten times the original cost and in very used condition. "Superman 2001" is a Just Imagine story where little Kal-El lands on Earth in the present day and starts as Superman in 2001. 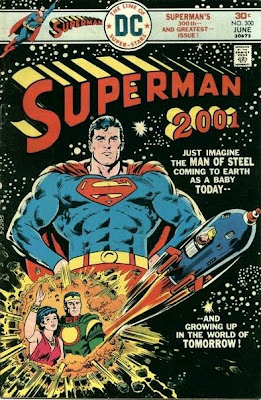 The cover of Superman #300 has been put on a t-shirt and a cool collector's tin: 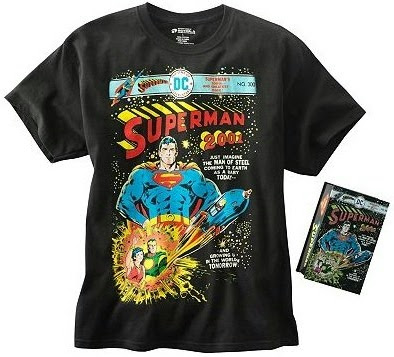 Click here to purchase you Superman #300 t-shirt and collectible tin at Amazon!
Posted by Jamdin at 3:27 PM 1 comment:

Blastr has the first official image of Amy Adams as Lois Lane in Man of Steel and here she is: 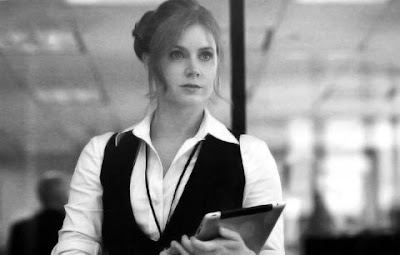 Best news ever for a Monday morning has to be Marvel’s Feige Confirms DOCTOR STRANGE Movie.
Posted by Jamdin at 11:28 AM No comments:

Since I missed this week's T-shirt Thursday, I thought I would make up for it by posting a picture of the lovely Jean Gomez. She is another cosplayer that I have been following on Facebook that posted a picture of her wearing a Punisher t-shirt this morning: 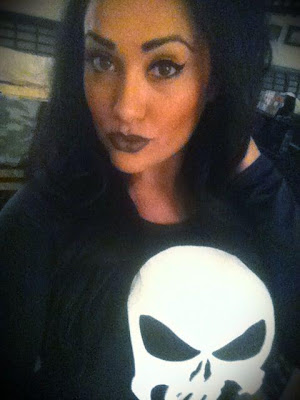 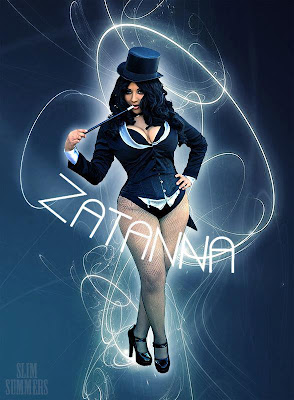 Be sure to check out Ivy Doomkitty's Facebook group for more hot photos.
Posted by Jamdin at 3:26 PM No comments:

One of my favorite series will not be coming back according to Syfy decides not to renew Alphas for 3rd season. I really liked the characters on that show.
Posted by Jamdin at 10:54 AM No comments:

Here is a wallpaper that I made featuring Sif from Marvel Avengers Alliance after she reached third level: 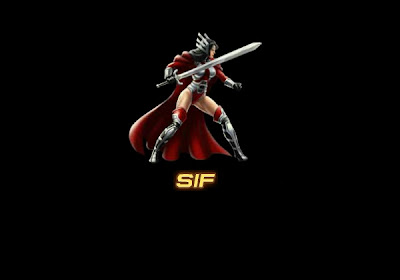 I still thinks she needs some protection on her thighs and that cape looks pretty heavy.
Posted by Jamdin at 11:58 AM No comments:

I made this Tigra wallpaper after I got her up to level five in Marvel Avengers Alliance earlier on Facebook: 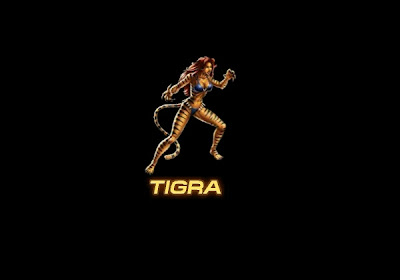 It may be a bit on the small side for most but I like it. I now have it as my desktop wallpaper.
Posted by Jamdin at 10:47 PM No comments:

Out of all the comic news this week, nothing hit me more than Krause Cancels 'Comic Buyer's Guide' After 42 Years. I had a subscription when the CBG was still a newspaper back in the late 1980s and early 1990s. I had them saved due to all the great articles, previews, reviews and even the ads. Unfortunately, I had to get rid of them all due to my limited space about ten years ago.
Posted by Jamdin at 4:21 PM No comments:

Yeah, I don't have this Big Bang Theory Bazinga Comic Book Cover t-shirt yet but one of these days I will: 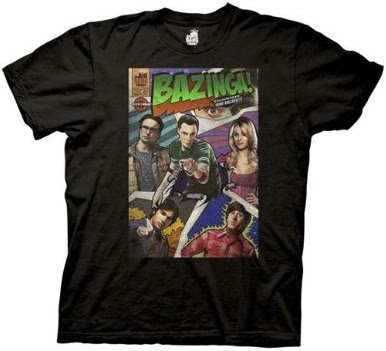 You can purchase your own by clicking on the link below:

Yesterday afternoon, I finally had enough gold to trade them in for some command points so I could recruit Tigra in Marvel Avengers Alliance. She cost me ninety command points but she is worth it mostly because she is one of my favorite characters from Marvel Comics. 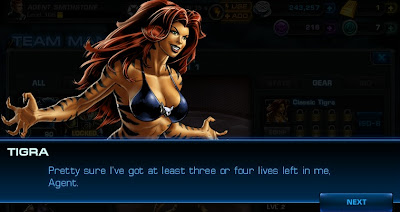 I love when Tigra uses her razor claws: 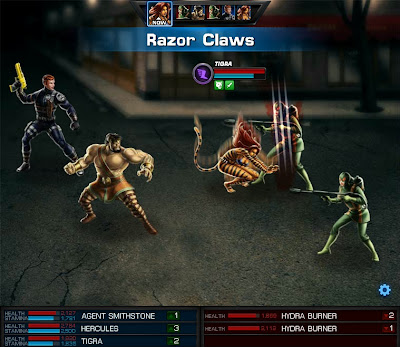 Yes, I have been spending way too much time on this game in the last two months.
Posted by Jamdin at 1:56 PM 2 comments:

Out With The Old Comic Shop News

I have been on a purging spree for the past two weeks since we had to put in a new floor furnace. I tossed out a lot of catalogs, newsletters, TV Guides and scrapbook material that I will never get around to actually putting into a scrapbook. I had about fifty issues of Comic Shop News that I tossed out yesterday. They were mostly from 1991. I also tossed out several years worth of newsletters from the Science Fiction Book Club. I actually reclaimed a full dresser drawer by doing so. Yeah, I should have taken some pictures or scanned in a few of the Comic Shop News but then I would have never gotten any purging done.
Posted by Jamdin at 10:44 PM No comments:

Email ThisBlogThis!Share to TwitterShare to FacebookShare to Pinterest
Labels: newsletters

I really was not expecting to find anything of interest at the local thrift stores this morning since Christmas items were still on the shelves. I did find a XL blue mineral wash Team Marvel t-shirt featuring Tony Stark (Iron Man), Bruce Banner (Hulk) and Peter Parker (Spider-Man) for only three dollars. The mineral wash is a weird effect that makes the fabric look bleached out. I could not get a good picture with my crappy digital camera so I snitched one from My Tee Spot, where you can purchase one for $11.99: 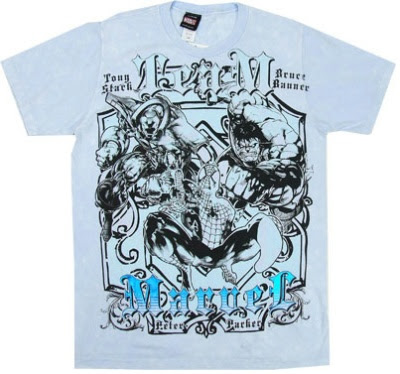 Posted by Jamdin at 4:20 PM No comments: 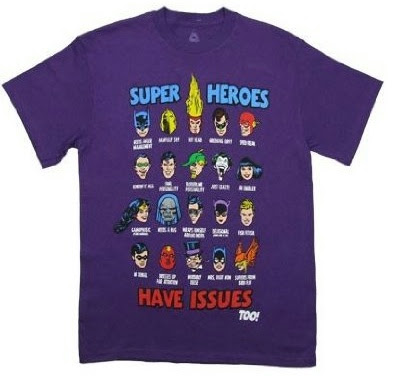 You can purchase one for yourself from Amazon by using the link below:

I have no clue as to the identity of this blonde Batgirl cosplayer since I found the picture on Facebook but she and the costume looks great: 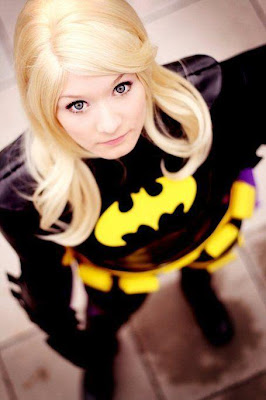 Posted by Jamdin at 9:36 PM No comments: