Dark Horse put out a four-part mini-series based on the television show, The Orville starring Seth MacFarlane. The first of the two comic book storylines, New Beginnings, sees Ed and Gordon's journey to a fleet conference interrupted by a distress call from what appears to be a Union ship that is older than a century, while Kelly has to intercede in a domestic dispute on board the Orville itself as Bortus plans to enroll Topa in school despite his young age. 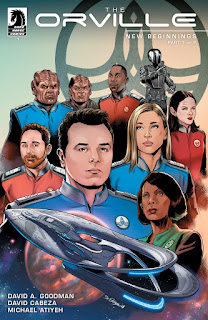 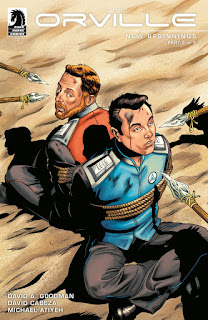 The second storyline, The Word of Avis, begins on the third issue, as the ship discovers what appears to be a Union ship headed toward Krill space — but the reality is something far more complicated and potentially deadly. 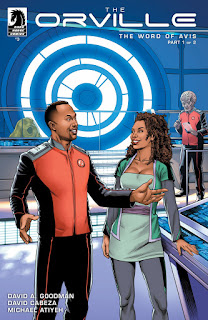 The Orville #3: The World of Avis Part 1 cover from Dark Horse 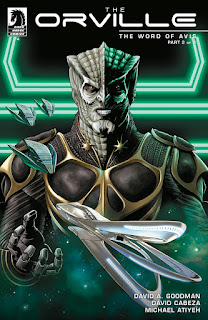 The Orville #4: The World of Avis Part 2 cover from Dark Horse 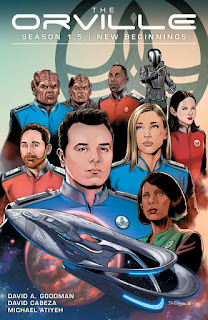