I found two different Superman mugs from 2006 for a dollar each at a local thrift store on Saturday morning. I grabbed them up as soon as I spotted them on the shelf for finding anything with the Man of Steel around here seems to be rare nowadays. Both mugs are white with comic images so the blue tint is because I used a blue background instead of my usual white.

The first Superman mug has him in two different poses with one side showing him charging with his arms spread out: 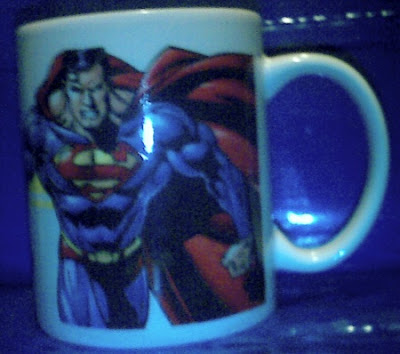 The other side shows the Man of Steel with his arms crossed and looking like he hasn't had his coffee yet: 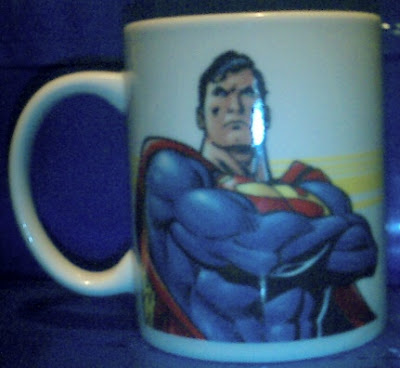 The second Superman mug only has one side of him flying with a determined look on his face: 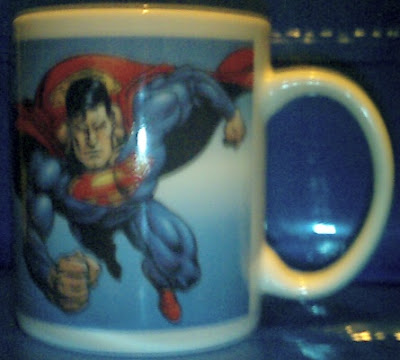 The other side shows his familiar chest symbol: 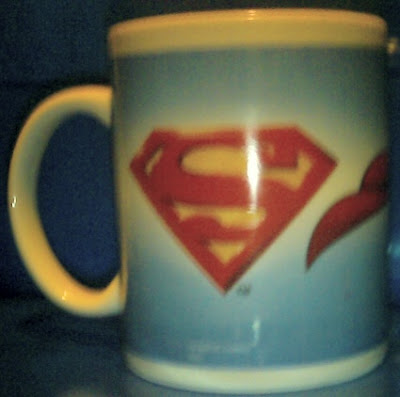 The bottom of both Superman mugs shows that they were made in 2006 by Monogram: 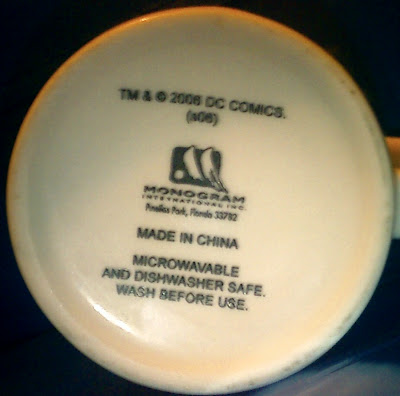